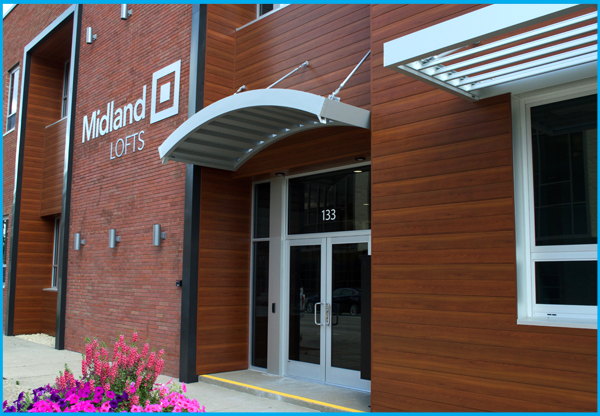 “This building on the corner of Jefferson and Fifth Street has been a part of Midland’s legacy since 1883,” said Jeffrey G. Ludwig, Chief Executive Officer of Midland States Bank. “We are excited for its legacy to continue.”

“The downtown community has grown greatly. These executive apartments showcase the Effingham we know and love, just outside our guests’ doorstep,” stated Lee Harms, Director of Facilities.

The Bank, whose parent company is publicly traded Midland States Bancorp, Inc., opened as the Bank of Eversman, Wood and Engbring in 1881. Two years later, the bank moved to the corner of Jefferson and Fifth Street, where it served as the headquarters until 2012.

See the project from start to finish here.