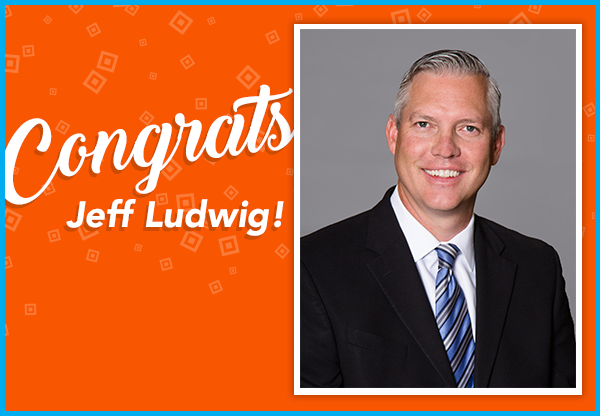 EFFINGHAM, ILLINOIS – October 15, 2019 – Midland States Bancorp, Inc. is excited to announce that Jeffrey G. Ludwig, President and Chief Executive Officer, has been named as a 2019 recipient of the Eastern Illinois University Distinguished Alumnus Award, the highest alumni award presented by the university.

This award is presented to individuals who have distinguished themselves in either academic or literary fields, business, public service or service to the University. Past recipients have included an Illinois Governor, Oscar-nominated actors, a nuclear physicist, educators, athletes, and CEOs.

“Jeff has an ability to empower others to action, as seen by his key strategic roles in growing Midland,” stated John M. Schultz, Chairman of Midland States Bancorp, Inc.

After graduating from EIU, Ludwig was recruited to KPMG in St. Louis and advanced to a senior manager-audit and advisory services position in their Mountain View, California office. He later served in a director role with Novellus Systems, a Nasdaq 100 company, and an associate director position with Zimmer Holdings. Since joining Midland as Chief Financial Officer in 2006, the Company has grown from a privately held, $400 million banking institution concentrated in Central Illinois to a broadly diversified financial services company with more than $5.5 billion in assets and 90 locations across the U.S. The Company also raised approximately $100 million in its 2016 IPO and listed on the Nasdaq Stock Market under the ticker symbol “MSBI”.

“In my ten years at Midland, I have experienced firsthand Jeff’s key leadership in times of change, dedication to our organization’s culture, and partnerships within our communities,” commented Timothy J. Spitz, Senior Vice President Banking and fellow EIU alumnus.

Ludwig will be honored during the EIU Homecoming festivities on Saturday, October 26, including recognition at the EIU vs. Eastern Kentucky Homecoming Football game.

Midland States Bancorp, Inc. is a community-based financial holding company headquartered in Effingham, Illinois, and is the parent company of Midland States Bank. As of June 30, 2019, the Company had total assets of approximately $5.55 billion and its Wealth Management Group had assets under administration of approximately $3.13 billion. Midland provides a full range of commercial and consumer banking products and services, business equipment financing, merchant credit card services, trust and investment management, and insurance and financial planning services. In addition, multi-family and healthcare facility FHA financing is provided through Love Funding, Midland’s non-bank subsidiary. For additional information, visit www.midlandsb.com or follow Midland on LinkedIn at https://www.linkedin.com/company/midland-states-bank.